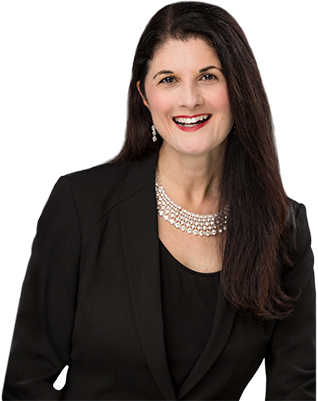 At a live media training workshop in Sydney that I held for social change makers, one of the things participants revealed was their fear of ‘talking to the media’.

I think this is a key reason why so many small business owners, coaches, authors, speakers, social change makers and entrepreneurs don’t include media coverage as a tactic in their marketing plan – and it’s such a wasted opportunity!

There are several benefits to getting featured in the media including:

•    It’s FREE publicity! (you’d pay hundreds to hundreds of thousands of dollars for an ad)

•    Credibility: When you place an ad, an audience knows it’s biased, but being featured as part of an editorial story gives you kudos: you get an objective stamp of approval and people think you must be good because you’ve been covered in the media.

•    Opportunities for paid speaking gigs and other business ventures: The more media coverage you get, the more you become perceived as the ‘go to’ person for your industry or area of expertise. Instead of you chasing clients or business, you are sought out by others.

•    Increased income and leads: You get to be in front of a lot of people. If they’re interested in what you’ve got to offer, you’ll get the sales instead of others in your field.

•    If you’re a charity, campaign group or not-for-profit, you raise the profile of your cause or issues, can raise funds and generally garner more support.

Here’s a tip that I hope will be of help to you if you’re feeling nervous about being in the media and ‘talking to journalists’:

It’s true: We need a constant supply of stories, especially in the fast-paced, 24-hour news cycle. We’re constantly seeking ideas and people to write about.

If you watch TV, listen to radio or read magazines or newspapers and think the news is about ‘everyone else’: STOP! That ‘expert’ who was interviewed is just like you. They just owned it, busted through their fear and let the media know about them.

To receive my regular free media tips and musings, sign up in the box at the the top right of this page, marked ‘Join My Tribe’.

© Copyright 2014. All Rights Reserved.
We use cookies on our website to give you the most relevant experience by remembering your preferences and repeat visits. By clicking “Accept”, you consent to the use of ALL the cookies.
Do not sell my personal information.
Cookie SettingsAccept
Manage consent

This website uses cookies to improve your experience while you navigate through the website. Out of these, the cookies that are categorized as necessary are stored on your browser as they are essential for the working of basic functionalities of the website. We also use third-party cookies that help us analyze and understand how you use this website. These cookies will be stored in your browser only with your consent. You also have the option to opt-out of these cookies. But opting out of some of these cookies may affect your browsing experience.
Necessary Always Enabled
Necessary cookies are absolutely essential for the website to function properly. These cookies ensure basic functionalities and security features of the website, anonymously.
Functional
Functional cookies help to perform certain functionalities like sharing the content of the website on social media platforms, collect feedbacks, and other third-party features.
Performance
Performance cookies are used to understand and analyze the key performance indexes of the website which helps in delivering a better user experience for the visitors.
Analytics
Analytical cookies are used to understand how visitors interact with the website. These cookies help provide information on metrics the number of visitors, bounce rate, traffic source, etc.
Advertisement
Advertisement cookies are used to provide visitors with relevant ads and marketing campaigns. These cookies track visitors across websites and collect information to provide customized ads.
Others
Other uncategorized cookies are those that are being analyzed and have not been classified into a category as yet.
SAVE & ACCEPT